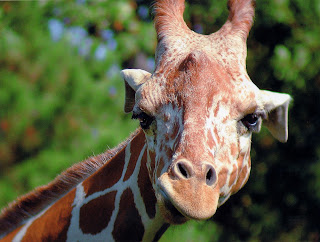 Buffalo, NY – Buffalo Zoo officials announce that Jennie, an 18-year-old female reticulated giraffe, was euthanized on Thursday after she failed to recover from anesthesia during a scheduled hoof trimming procedure.

For the past several years, it has become necessary for the Zoo’s veterinary staff, with assistance from experienced anesthesiologists from the College of Veterinary Medicine at Cornell University, to treat Jennie for the overgrowth of hoof material. Giraffes in the wild and captivity face this health problem as they age. At nearly 19 years old, Jennie was considered to be an older animal since the average lifespan for giraffes is 20-25 years.

During the hoof trimming procedure, giraffes are anesthetized to prevent injury to themselves as well as staff. While putting a large and older animal under anesthesia can be a risk, the procedure was necessary in order for the veterinary staff to remain proactive in treating Jennie’s hooves. Overgrowth or curling of hooves can lead to bone and joint changes that would compromise her ability to walk and diminish her quality of life.

The initial necropsy findings were inconclusive regarding any specific factors that contributed to her inability to recover from anesthesia. Changes in her kidney and liver associated with aging were evident. Samples are being sent to several diagnostic laboratories for further testing. Final necropsy results will not be available for several weeks.

Jennie was born at the Buffalo Zoo on July 21, 1992. She was popular with Zoo personnel and will be greatly missed.

***Please note that the Buffalo Zoo’s Giraffe House is OPEN to the public. Weather permitting, visitors can also view the other members of the giraffe herd in their exhibit yard. The herd consists of females Agnes and A.J., and male, Kasamba