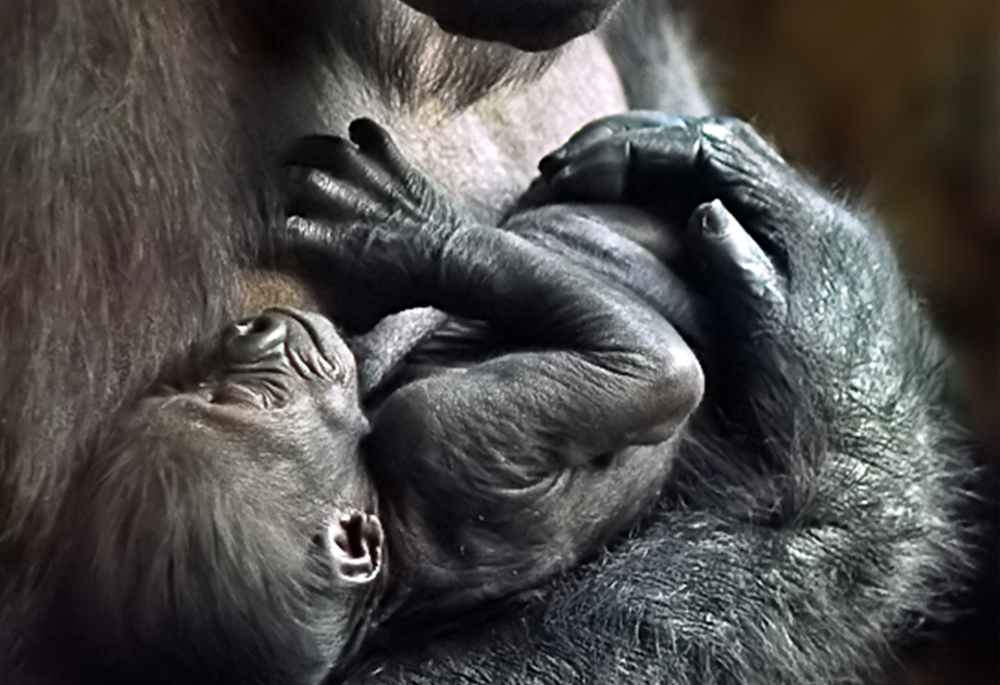 The Buffalo Zoo is thrilled to announce the birth of a baby western lowland gorilla.

The baby was born on Sunday, January 10 at 11:04 p.m. to mother, 18-year-old Sydney, and father, 28-year-old Koga. Sydney has displayed strong maternal instincts and is taking great care of the troop’s latest addition. Keepers have not been able to get close enough to the baby to determine its gender. Both mother and baby are doing well.

The baby will join the gorilla troop, including the parents, big sister Amari, half sister Nyah, and Nyah’s mother, Lily. During this sensitive time, the gorillas will be given access to their interior holding areas, should they desire more privacy. Visitors are advised that the gorillas may not always be visible, but are encouraged to check back often!

During Sydney’s pregnancy, the keeper staff at the Buffalo Zoo was able to monitor the baby’s growth using ultrasound technology. She had been trained to present her abdomen to keepers and remain calm during the ultrasound process, so she did not need to be anesthetized in order to obtain images of the fetus

The gestation period of gorillas is eight and a half months. Gorillas begin walking when they are between three and six months of age, and are weaned around three years of age.

Western lowland gorillas are found in the lowland tropical forests of central Africa. The species is critically endangered due to loss of habitat as well as the bush meat trade.