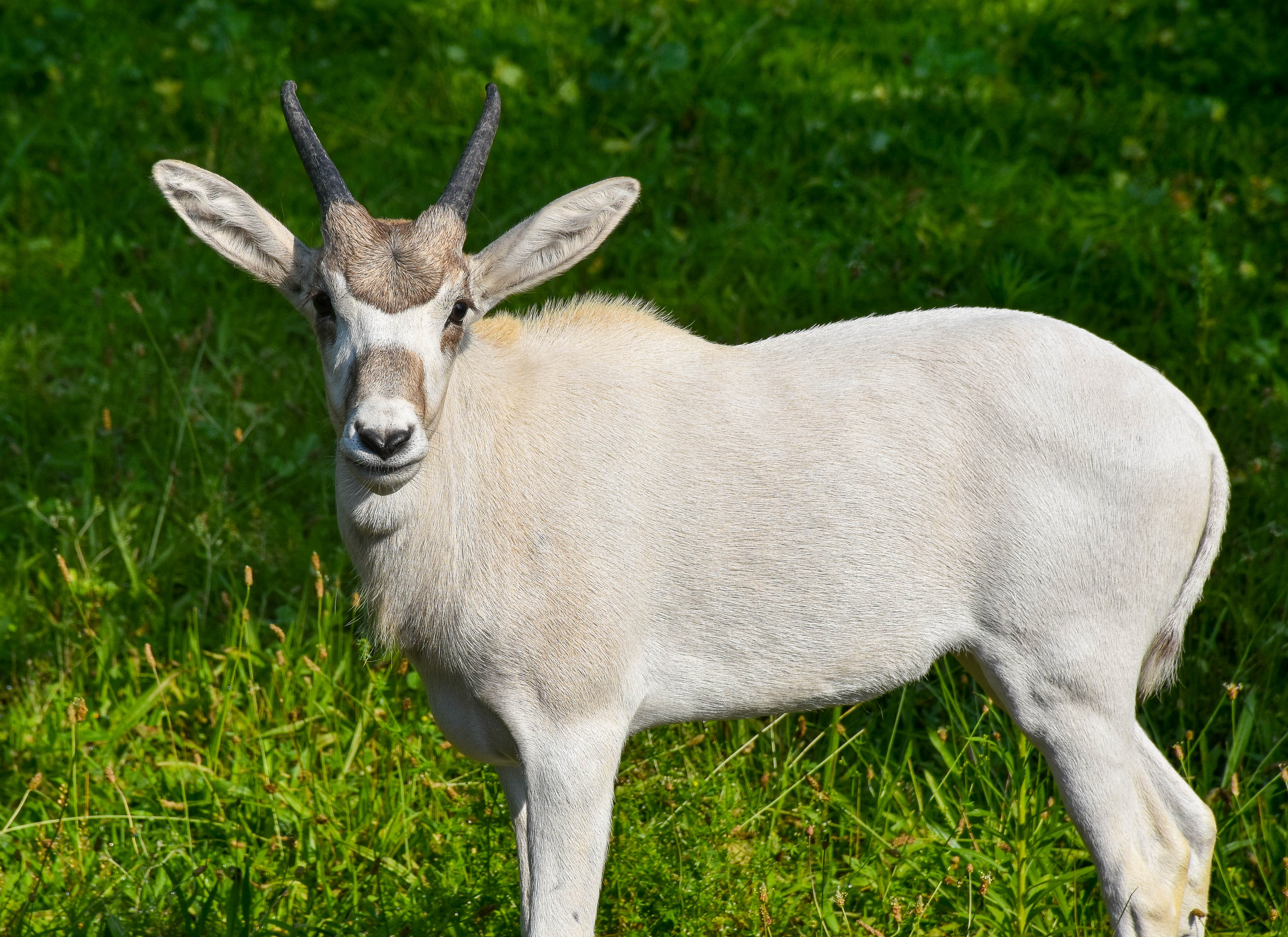 The Buffalo Zoo has a new baby addax and once again we want your help in naming the little one! The female was born on May 31 to mother Kay (4) and father Bakari (8) and keepers say that she is doing great.

After spending the past couple of months getting used to its new surroundings, our keepers have come up with three possible names and now the rest is up to the community. The three names are:

Please click the link below to vote for your favorite.

The addax, sometimes called the ‘screw horn antelope’, because of its twisted horns, is a large, desert dwelling member of the antelope family, closely related to the oryx. The Addax is a critically endangered mammal which is found in several isolated areas in the Sahara desert in Northern Africa. The addax is extremely rare within its native habitat and with only 500 addax left in the wild, this antelope could, unfortunately, face extinction.