THE ALL-NEW DONNA M. FERNANDES AMPHIBIAN AND REPTILE CENTER AT THE BUFFALO ZOO READY TO OPEN

On Friday, May 24, 2019, the Buffalo Zoo will open to the public the newly renovated Donna M. Fernandes Amphibian and Reptile Center. The exhibit will feature over 40 amphibians and reptiles, including the Komodo dragon, the largest living lizard in the world and the Bushmaster snake, the longest venomous snake found in the Western hemisphere.

In addition to new species, the building has received a top-to-bottom renovation including: 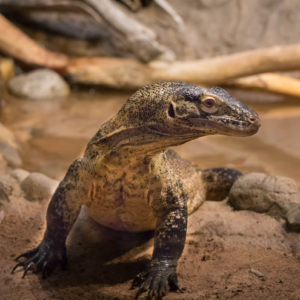 “We can’t wait to welcome our guests back to the Amphibian and Reptile Center at the Buffalo Zoo, said Norah Fletchall, President and CEO. This space is so unique, mixing the old and historic with the new and modern to showcase how amphibians and reptiles are essential to our world in so many ways.”

Built in 1942 and designed by American zoologist Marlin Perkins, who served as Curator at the Buffalo Zoo from 1938-1944 and later found fame as the host of the Emmy-award winning “Mutual of Omaha’s Wild Kingdom,” the building has been re-named for Donna M. Fernandes, the former President and CEO of the Buffalo Zoo. During her tenure, from 2000-2017, Fernandes led the renovation efforts for the Amphibian and Reptile Center, with a focus on reinterpreting and changing beliefs and perceptions for the better. 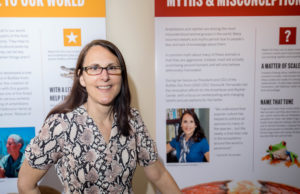 The renovation of the Donna M. Fernandes Amphibian and Reptile Center began in Spring 2018 and was made possible by generous financial support from: the State of New York, New York State Parks, Recreation & Historic Preservation, City of Buffalo, Mark G. Russell, The Margaret L. Wendt Foundation, Montgomery Family Foundation, Robert Fox and Lisa Basil-Fox, and a number of other passionate donors.