We Did It! - Buffalo Zoo 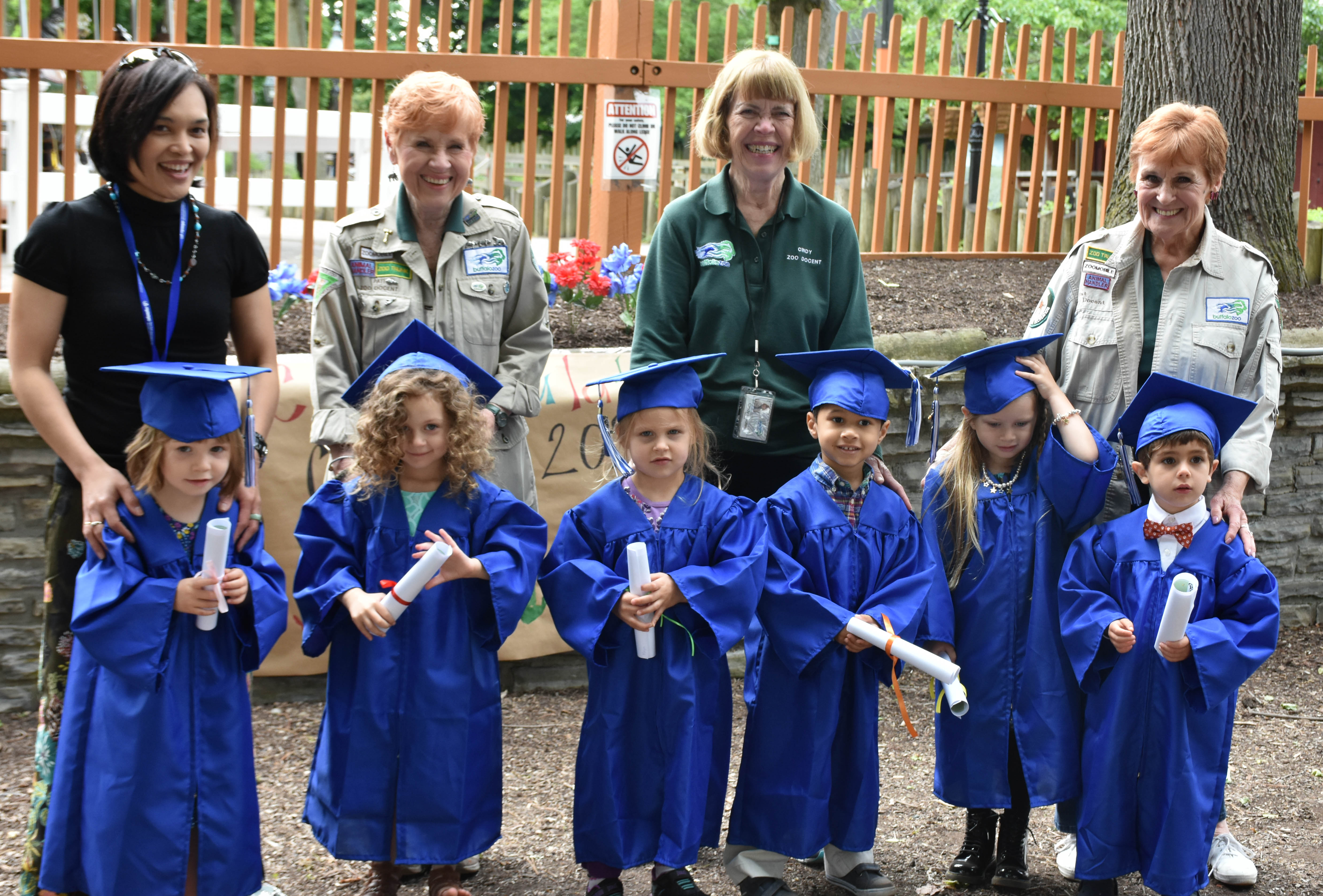 On June 7th and 8th, 2018, our preschoolers proudly marched to Pomp and Circumstance at the Sunken Garden to receive their certificate of completion. The garden was beautifully decorated with the children’s arts and crafts like spring trees and graduation windsocks.

Mr. Troy, the Director of Education started off the event with energetic opening remarks and welcomed everyone. The graduates, together with their family members, watched a bird show presented by Miss Mandy, the Ambassador Animal Care Specialist. She brought a Sun conure bird named, Bijou for the MWF class and a Senegal parrot named, Peanut for the TTH class. Miss Mandy was impressed with how the children had asked questions and were interested in the birds’ food, habitat, and ways to communicate. 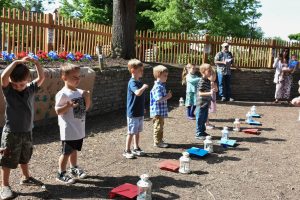 To show how much they’ve learned about rhyming words, the children sang a funny song, “Down by the Bay.” I heard some family members helped us sing the song, too. The next performance was our most favorite song, the “A Tooty Ta!” It showed everyone how great we are in following directions! Another highlight of the program was when the children were asked the question, “What do you want to be when you grow up?” I wish for all dreams of becoming a police officer, a vet, a horse trainer, a ballerina, a firefighter, a teacher, a superhero will someday come true.

To help congratulate the graduates, they were given a letter from a special someone and read it with a help of a family member. The fun continued on with music and dancing and enjoying the yummy breakfast treats prepared by staff members.

We always end our class with a book reading. For the closing remarks, I ended the ceremony with an “End of the Year” poem dedicated to my awesome preschool graduates.

Right after the ceremony, everyone was invited for a free carousel ride! Mr. Christian, the train conductor, was already there waiting for us. We chose our favorite horse and giddy-upped our way to the giraffe house. 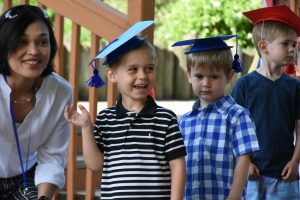 We went to the back door of the giraffe exhibit where we got an exclusive behind the scenes tour Ms. Vicki was the keeper for TTH class and Ms. Jill for the MWF class. We started the tour reminding the group about some rules to follow. The keepers answered all our questions and learned a lot about giraffes! They introduced us to four giraffes namely, mommy Agnes with daughter, Zuri and mommy AJ with son, Sampson. These four giraffes were all born in the Buffalo Zoo.

We learned that giraffes have ossicones and not horns. The ossicone is part of a giraffe’s skull and male giraffes use it to fight when needed. Since giraffes tend to form in groups, also known as herds, their ossicone helps the keeper to identify them apart. We noticed how there were two giraffes to the far side of the gate while the other two were closer to us. Ms. Vicki explained that giraffes tend to inherit their family’s behavior just like us. Some of us are shy or tend to observe things first while others are more extroverted and just ready to explore. AJ and Sampson were the ones who approached the gate and we fed them with maple leaves. We were so excited to finally see their purple tongue! The keepers explained that their dark tongues protect them from getting sunburn like how a sunscreen would.

To culminate the graduation event, we had the amazing group train ride! It was the highlight of the day. Mr. Christian made a big announcement and congratulated the Class of 2018! I had lots of hugs from my preschool friends before saying their goodbyes and pinkie-promised to visit me when they can. BIG thanks to everyone for coming and making this beautiful event another day to remember.