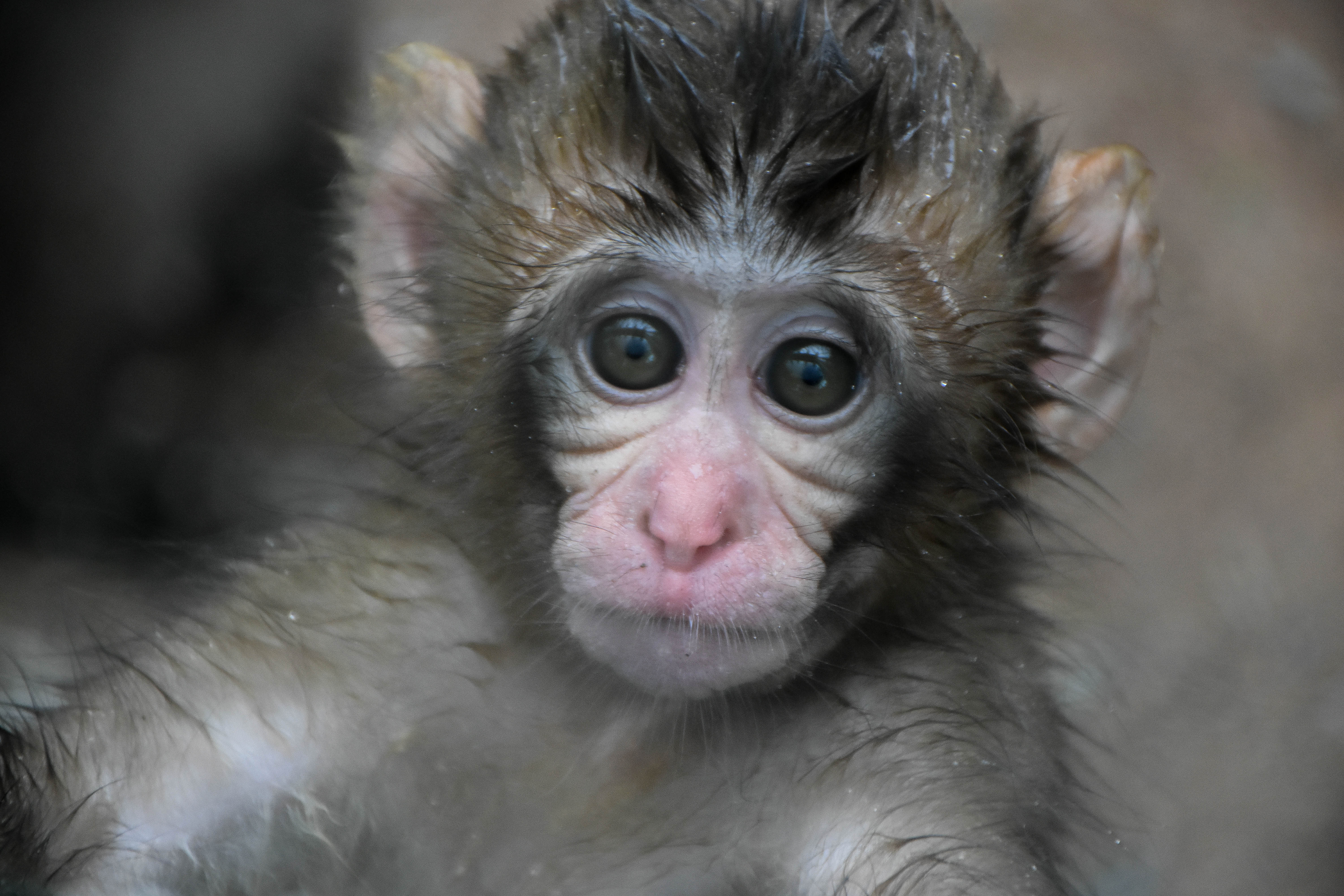 Welcoming Our Newest “Little One”

As zookeepers, we have many different parts to our job, one of which is tracking our Japanese macaques’ estrous cycles. This is especially important with the breeding group we have. With Koji’s mom, Debbi, we kept a close eye on tracking her estrous cycle which can be very tricky, and easy to miss the signs. We also kept a record of breeding between Koji’s parents, Ketu and Debbi.  After we noticed that Debbi had not cycled for a few months, we saw a few behavioral changes in her. All signs indicated that we had a pregnant monkey on our hands!

Japanese macaques have a gestation period of 163-181 days, so we figured out a window of time that Debbi should give birth, and this was right around the end of May. Imagine our frustration when May came and went without a baby! When June came around, we all started to think we had misread the signs of Debbi being pregnant.

Then the amazing happened on June 22nd. We came in just like any normal morning, and we found signs of a possible birth! We spent twenty minutes staring at Debbi, who decided she was going to keep her back to us for as long as possible before we could prove our findings. Our patience finally paid off when we saw a little head peeking out from Debbi’s chest. Debbi had given birth! Japanese macaque babies stay protected during the first part of their lives by hanging onto their mother’s chest and stomach area. For the first week or so Debbi held her baby very close, we did get to see him nursing and getting stronger by the day, but we did not get to see him too closely.  We were able to confirm that the baby was a boy and after a public survey he was named Koji, meaning ‘little one’ in Japanese. Koji has been growing so fast! He quickly became very curious about everything around him. He started climbing and jumping all over the place. He has not interacted too much with his dad, Ketu, yet, but he does play on and around his aunt Cathy quite frequently, and she doesn’t seem to mind! Koji’s favorite play toy though is definitely his mom! He jumps and climbs all over Debbi, he especially likes to sit on her head! And to Debbi’s credit, she is so patient with him!  Koji and the rest of our Japanese macaques can be seen in our Vanishing Animals area of the Zoo, located near the bison. Please make sure to come and visit Koji on your next trip to the Buffalo Zoo!