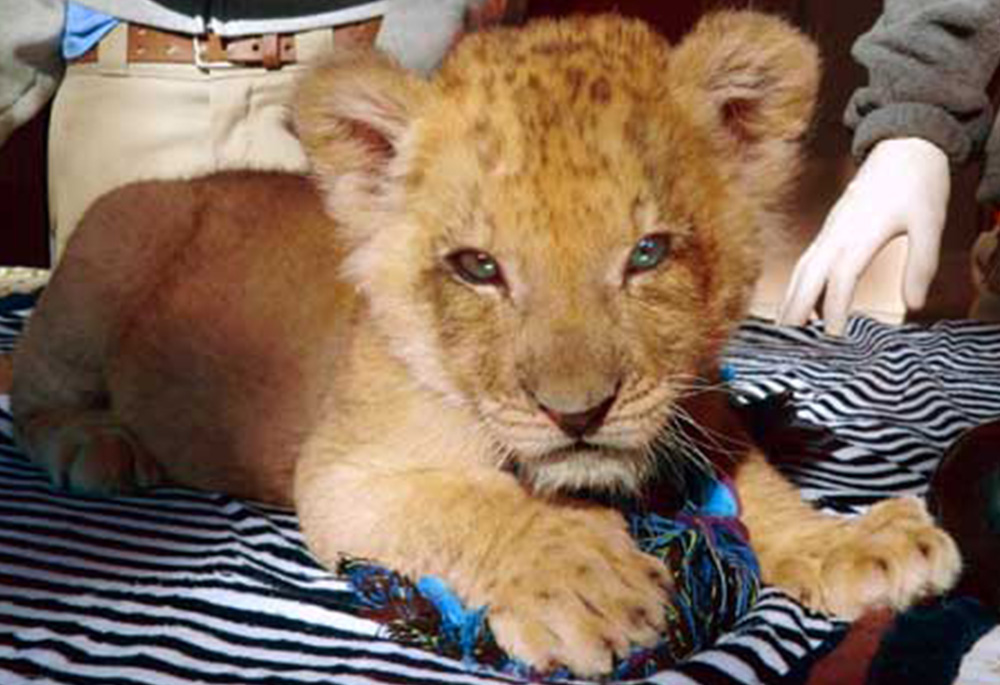 Zoo Announces the Birth of a Male African Lion Cub

Buffalo Zoo President & CEO Dr. Donna Fernandes is pleased to announce the birth of a male African lion cub, the first cub in twenty-five years.  The birth occurred on March 5, 2016 at approximately 6 p.m.  The nearly eight-week-old cub is the first for mother Lelie (6) and father Tiberius (3). Both adult lions are the offspring of native African lions and were paired as a result of a Species Survival Plan (SSP) recommendation.  Lelie was born at the Smithsonian National Zoo in Washington D.C. in 2010 and Tiberius was born at the Seneca Park Zoo in Rochester, NY in 2013. They arrived to Buffalo in 2013 and 2014 respectively.

According to Dr. Fernandes, “we are cautiously optimistic concerning our new lion cub and we are thrilled with his progress so far, but he is not out of the woods yet. In fact, it is common not to have any surviving offspring of a first-time litter by a lioness, in the wild or in human care.”  The litter was comprised of four cubs but three died within the first two days, which makes the surviving cub all the more important. Keepers are following by-the-book care standards, monitoring the mother and the cub during this critical bonding and growth time.

It is expected to be some time before the new cub will make his public debut in the lion exhibit.  He will need to achieve several milestones, including continued growth and positive health checks. Given the expected public interest, the Zoo will be posting pictures and video snippets of the cub to its social media pages on a regular basis over the coming few months.

Lelie’s half-sister Lusaka (6), born three weeks after Lelie in 2010 at the Smithsonian National Zoo will also be going off-exhibit in the coming days.  She is displaying signs of pregnancy and will be maintained in holding until further notice.  Any news concerning this development will be offered by the Zoo in due-time.

African lions are classified as vulnerable in the wild by the International Union for the Conservation of Nature (IUCN). The U.S. Fish & Wildlife Service takes a stronger stance, classifying the African lion as endangered.  Loss of habitat and poaching are among the key causes of this classification.  Every cub born and successfully reared will make a difference.